Lynn Tokarczyk may have helped to create more jobs and business investment in Massachusetts than anyone else.

The founder of the government tax incentives consulting firm, Business Development Strategies, Inc., (BDS) has assisted more than 100 Massachusetts businesses with creating 10,000 new jobs and retaining another 20,000 jobs. Those companies have saved more than $100 million in state and local taxes and invested more than $1 billion in Massachusetts cities and towns by navigating the often-mystifying maze of state and municipal business incentives with help from the BDS team.

Since its founding in 2003, BDS has built an impressive record of success assisting a “Who’s Who” of prominent companies identify, negotiate and secure tax incentives in the form of Tax Increment Financing (TIF), state tax credits and other tools under the state’s Economic Development Incentive Program.

Like any experienced dealmaker, Tokarczyk makes her work look easy. But the business behind the scenes is anything but simple. 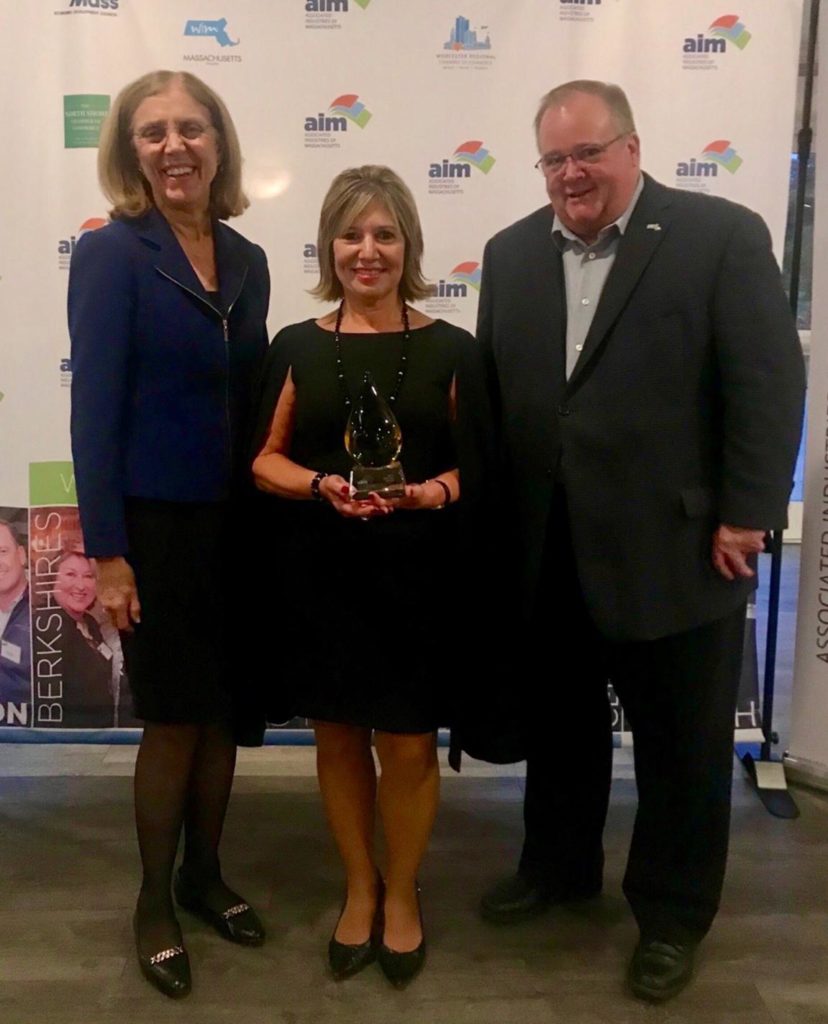 BDS has worked on many of the largest expansion and retention projects in the state with companies that include Samsonite, TripAdvisor, IPG Photonics, Horizon Beverage, Keurig, New England Ice Cream, MACOM, MilliporeSigma, Moderna, Analog Devices and Waters Corporation.

Tokarczyk, who serves as a member of the AIM Board of Directors and Executive Committee, started her career as the founder and owner of an upscale women’s clothing boutique, where she honed her skills in sales and business. She took those skills in a new direction when she joined the Massachusetts Office of Business Development (MOBD) as a project manager, and later, an MOBD regional director. Recruited by Ernst & Young as manager for the New England Area State and Local Tax Incentives practice, Tokarczyk rose to become a senior manager before starting her own consulting firm.

Named 2017 Business Person of the Year by the Tri-Town Chamber of Commerce and included in the New England Real Estate Journal’s 2018 Women in Real Estate, she is passionate about achieving the best result for every client. That tireless commitment to success is what puts Tokarczyk and her team among the leading tax incentive consultants in the state.